Where The Mandrakes Grow 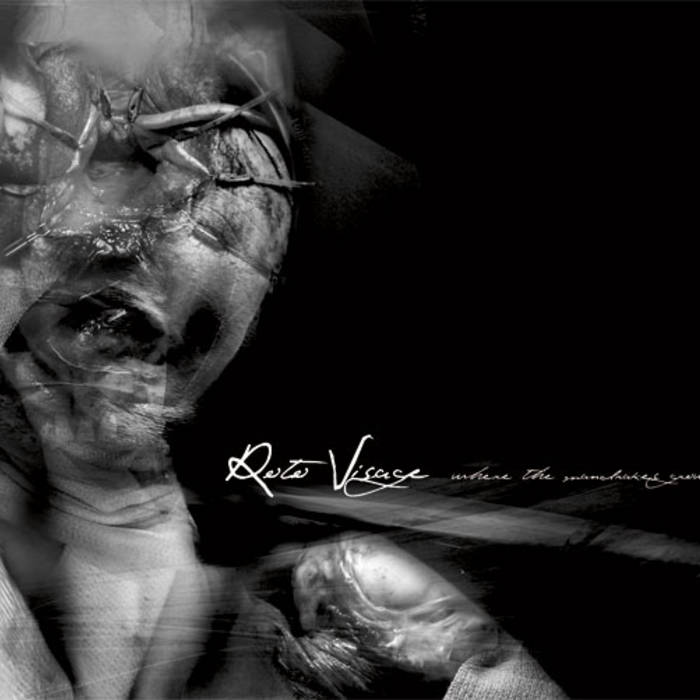 Noé Molnár One of the best dark ambient album of all times for me. Noisy, dark and every track has its own story. Very inspiring. Favorite track: Willows Deep.

Another album of skincrawling death ambient shrouded in mystery released by Autumn Winds, Where The Mandrakes Grow appears to be the first actual cd from the Cali artist Jason Popejoy, who records his hellish ambient landscapes under the name Roto Visage. Prior to this, Roto Visage has cranked out a pretty sizeable catalog of releases both in the realm of digital-only Mp3 downloads that have circulated throughout the net, and small-edition CDR titles on labels like Beast Of Prey and Bone Structure. I haven't heard any of his earlier recordings yet, but Where The Mandrakes Grow shows this guy to be a skilled architect of deeply disturbing, often downright frightening death ambience. The disc comes in a posh six-panel digipack that has some really wild photo-collage artwork from Anastasia Sarandou that looks like a mix of Lynchian surrealism and Clive Barker's flesh-rending visions, and which sets the stage for the nightmare sonics that come pouring off of this album once it starts. There are eight tracks, most averaging around six minutes but with a few epics reaching twelve or more minutes in length, and each documents a descent into a stygian underworld of sound filled with massive cavernous rumblings, crushing distorted klaxon blasts that are so heavy they almost sound like metallic powerchords grinding in the distance, seriously creepy spoken word parts that are delivered either by a demonic raspy whisper or a slurred moan, as if the speaker is lost in a trance-state. There's a definite Lustmord feel to much of this, but Popejoy brings his own unique language of dread to the pieces, incorporating grinding industrial loops buried under miles of metallic shimmer, fragments of haunting orchestral melody, recordings of footsteps or something heavy echoing through endless corridors, washes of pitch-black cosmic synthesizer, and samples of someone frantically gasping for air, the latter appearing in a couple of spots and which ties in to the themes of auto-erotic asphyxiation that are part of the concept behind these recordings. It's an intensely unsettling album that nevertheless reveals moments of stunning sonic beauty from within the drifting black shadows and terrifying sound events that populate these soundscapes. Fans of the really dark ambient/industrial stuff like Yen Pox, Lustmord, R|A|A|N, the Aural hypnox school of ritualistic black drift, Megaptera and Inanna will love this. Mastered by ambient master Robert Rich, and limited to 1,000 copies.